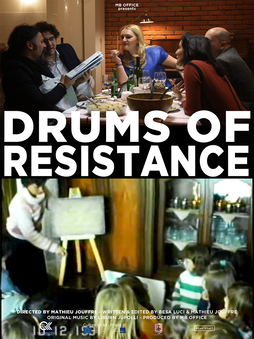 DRUMS OF RESISTANCE by Mathieu Jouffre | Kosovo | 2016 | 52' & 65'
DokuFest, 2016 National Premiere
When ex-Yugoslavia began to fall apart, the Serbian regime banned Kosovar Albanians from participating in public life. Albanian employees across public institutions were fired. Albanian media outlets were closed down. Many elementary and high schools were closed to Albanian students and the entire university system was shut down. During the 1990's in Kosovo, teaching resumed in private apartments, houses and basements stores. This documentary shows how a parallel society and reality was organized. It shows how segregation and apartheid became the norm. Besa Luci and Mathieu Jouffre wrote the script for this challenging film together. In it people are in a relaxed atmosphere: eating, drinking, chatting and revisiting vividly one of the most exciting as well as tragic periods in the history of Kosovo.
​
TRAILER 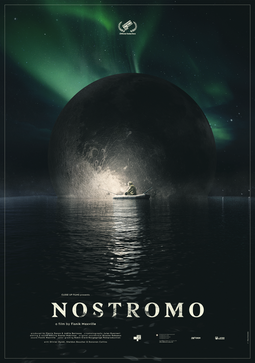 A raw and visually engaging film about the dream of living alone in the wild. Through its characters, Nostromo explores the complex relationship of humans with Nature, and the thin line between the struggle for survival and the desire to find happiness and bonding in an often unforgiving world. 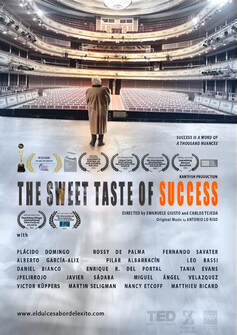 This documentary is a journey in everyday reality that reflects on the concept of success. Internationally renowned figures, like Placido Domingo or Rossy de Palma and the film main character 80year old María Teresa – an delightful retired singer – and the neighborhood of Lavapiés, in Madrid, serve the purpose of reflecting on success and on all those ingredients that are part of the existence. With a style that follows the spirit of the “enfants terrible” of the Nouvelle Vague, but with the Madrid feel, the film leaves space for spontaneity. 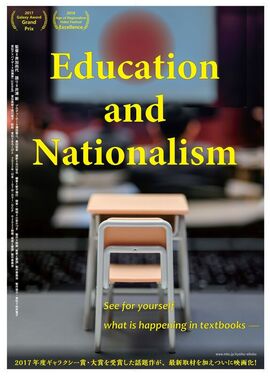 EDUCATION AND NATIONALISM by  Hisayo Saika | Japan | 2022 | 78'
Busan International Film Festival, 2022, World Premiere
An impactful documentary about the rewriting of history in Japan's classrooms.  This film documents how the government’s destruction of Japanese textbooks, academics, and education has progressed, based on testimonies by politicians, textbook writers, textbook company employees and teachers. In 1997, military comfort women were written about in all middle school history textbooks, but right-wing politicians heavily rallied against this.
One long-established publisher was attacked, and it eventually went bankrupt for writing about the lawsuit of a former Korean comfort woman named Hak-sun Kim and explaining the damages inflicted by the Japanese army in detail. As political pressure grows, there are even plans to rewrite the terminology of history based on the Japanese government’s point of view. 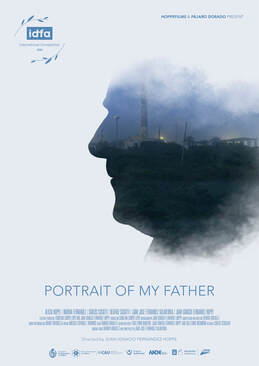 PORTRAIT OF MY FATHER by Juan Ignacio Fernandez Hoppe | Uruguay | 2022 | 99'
IDFA International Film Festival, 2022, World Premiere
Juan Ignacio  was  eight years old when his father’s body was found on a beach. His mother, a psychiatrist, decided an autopsy was unnecessary, even though his father had been depressed and had psychiatric medication among his belongings. Thirty years later, the filmmaker tries to find out what happened, who his father was and how his mother arrived at her decision.

The filmmaker seizes on every possible lead to add detail to the picture of his father, including trying to find the police report from the moment when his father died. It’s a film about a mystery and a yearning, lost, depression and love, as well as an exploration of what a person’s tangible legacy can be, and how difficult that is to capture. 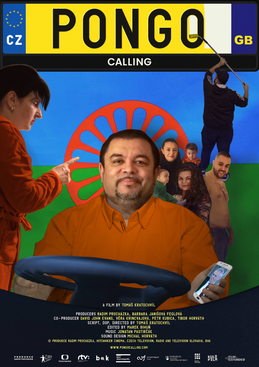 When the president of the Czech Republic makes a remark that Romani people are ‘socially unadaptable’ and refuse job opportunities, truck driver Štefan Pongo initiates a social media campaign for the Romani in the country to post selfies from their workplaces. His activism through online posts and live broadcasts brings him huge audiences across Europe and eventually results in the establishment of the Czechoslovak Romani Union. But as the campaign evolves, the crisis affects Pongo’s family life. Tomáš Kratochvíl’s film captures the spirit of one determined campaigner and the challenges faced by grassroots activism. 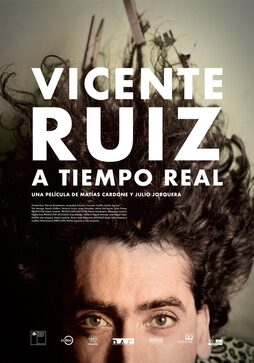 The film follows Vicente Ruiz, an inquisitive performer who started his career in Chile, during Pinochet´s dictatorship, using rare archive material.
It´s an exploration of what it means to have a social role in art, from a past of censorship to a present where art has become complacent and institutionalized. 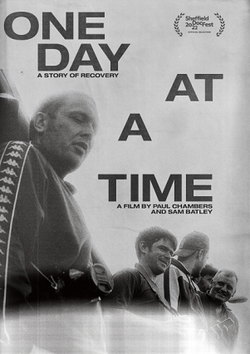 The film follows Sam as he makes an autobiographical spoken word film about his battles with  addiction, whilst living in an abstinence based recovery centre in Liverpool (Damian John Kelly House).
DJK House helps its residents find purpose by introducing art, sport, culture and community back into their lives.
The residents and Sam make a film about addiction whilst also exploring their own recovery and growing as individuals, a film about love, hope and kindness, new beginnings and a different approach to viewing the world, One day at a Time. 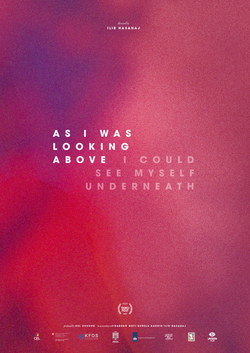 Home is a feeling, they say, but where is home, when you are not allowed to feel at home even within your own body and mind? What is self when it is constantly displaced and rejected?
In societies generously cultivating and maintaining spaces for heteronormative selves to be performed and almost inherently unaccepting to those different from the widely accepted normal - the weight of being is almost unbearable.
Regardless, the fight to break through is fierce!
As I Was Looking Above, I Could See Myself Underneath unveils intimate stories of LGBTQ persons from Kosovo, going through their unceasing search for a safe place that allows them to be. 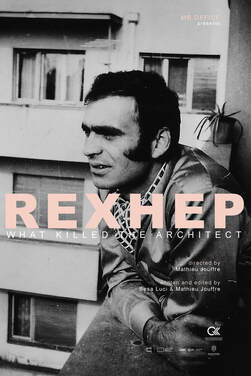 The filmmaker follows the life and work of architect and urbanist Rexhep Luci, and the story of Prishtina, the city he loved and where his murder is still unsolved for over 20 years. The documentary follows his personal and professional relationship with the city, from his dedication to urban growth during the Yugoslav period to his determination to prevent illegal construction in the post-war period. His niece, Besa, leads us through his life and Prishtina’s development through intimate conversations with family and Rexhep’s former colleagues, while following an architectural intervention on the street that bears his name. The documentary explores what puts a halt to an architect. 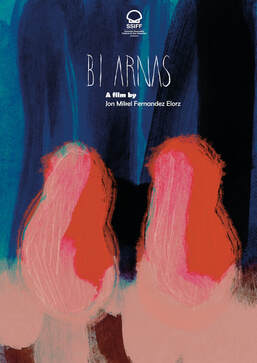 This documentary tells the story of two breaths: on the one hand Iratxe Sorzabal's breath; on the other, her mother's, Mari Nieves Diaz. Both, each on their own way, have been suffocated by torture. The former has lived in person how her breath left her body. The latter has felt it through the body of the daughter who was once part of her. This story wants to narrate those two invisible breaths, their suffocation, their double suffering. This is the story of Iratxe's agony, heard mainly through the mother's voice and memories, and supported by her daughter's own voice when possible. 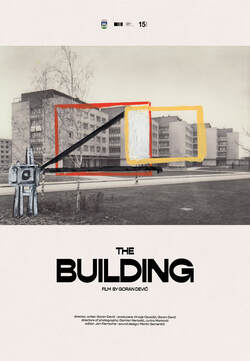 The Sisak Iron Mill, one of the largest industrial plants in former Yugoslavia, built an "ideal" settlement for their workers who had thus far lived in huts around the factory.
A town was erected around the plant. Sixty years later, The film follows a week in the everyday life of inhabitants on a particular building. A subtle clash between past and present around culture, ideology, lifestyle and values. 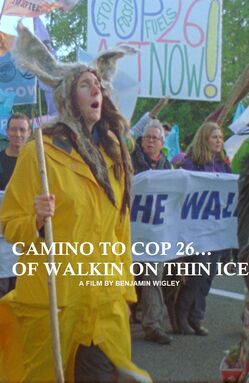 An impressionistic documentary film that questions 'Can one footprint imprint on our collective consciousness and create change? A walk; a pilgrimage, an odyssey…for the planet. Five hundred miles from London to Glasgow: Eight weeks, 56 days and more than 56 host organizations, over a thousand walkers and thirty rolls of 16mm celluloid film.

* Walks to follow the film screenings across the UK as part of a national outreach campaign  and would be part of any further festival selection the film will have around the world, organising walks to promote conscience around Climate Change. 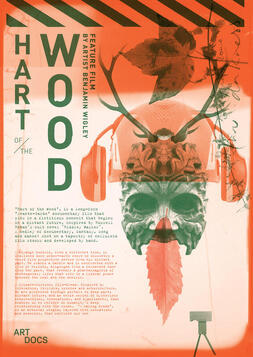 A climate-fiction; film-dream. Inspired by literature, folklore, science and arboriculture. We are projected through portals to deep past; distant future; and an eerie series of mysterious interventions, invocations, and experiments, that enables us to reflect on humanity’s deep relationship with the woods. 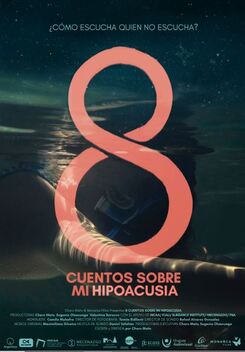 The film addresses the issue of deafness based on the testimonies from the personal experience of the director, the Argentine Charo Mato, who was diagnosed with progressive hearing loss at a very young age, until she became completely deaf at the age of 23 .
Mato traces her history as a person with hearing loss from the time she was diagnosed until she underwent her first cochlear implant, dialoguing with the memory of her mother, who died just a short time later.